The New Yorker magazine recently published a long article by Peter Hessler, who an American writer and journalist who moved to Egypt in 2011 and learned Arabic over the several years that he remained there. The article, called “Talk like an Egyptian” (though versions have also appeared with other titles) gives insight about quite a number of issues of interest to the beginning learner of Arabic: what it’s like learning Arabic in an Arabic country, characteristics of the Egyptian people, Egyptian etiquette, and the pros and cons of Modern Standard Arabic (الفصحى   ’al-fuṣḥaa) as compared with the spoken dialect (العامّيّة   ’al-ʕaammiyya). It’s a long but interesting read.

Hessler and his wife took Egyptian Arabic lessons at Kalimāt, an Arabic language institute in Cairo, which, judging by its website, looks like a lot of fun.

Hessler discusses some specific words and phrases. You might want to know how a couple of these are written in Arabic. 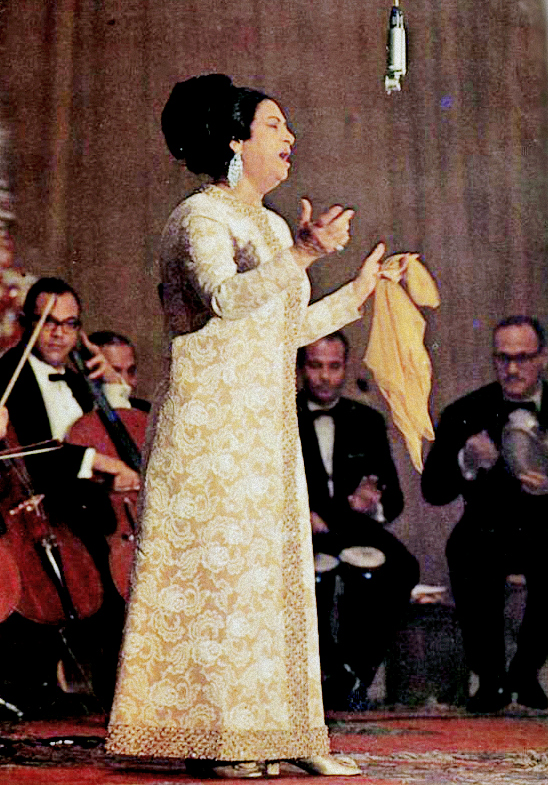 The writer also mentions the iconic Egyptian singer Oum Kalthoum (أمّ كلثوم   ’umm kalthuum ), who died in 1975. Here’s a recording of her song Alf leila wi leila (layman’s transcription for: ألف ليلة وليلة ) ‘A thousand and one nights’. Oum Kalthoum’s songs are typically very long and also include very long instrumental introductions. In this recording, she only starts singing at 11:20. This song, like most Egyptian songs, are in Egyptian Arabic, but if you have completed the Bite-Size Arabic textbook, you should be able to understand the words يا حبيبي   yaa ḥabiibii ‘o darling’ that the song opens with. I have a lot of memories associated with this song, and it sends shivers up my spine whenever I hear it. I hope you enjoy it! Want to know more about the lyrics to this song? Here’s a page with the words in layman’s transcription and English translation, and here’s a page with the lyrics in Arabic script and English translation.